It is possible to document formal aspects of physical objects and perhaps make useful/trustworthy assumptions based on that. Documentary however aspires to communicate information about more general and/or abstract subject matter. This type of information can not be shown in an image, but can be communicated non the less through context, reference, suggestion, symbolism, etc. To clearly study a photograph it is useful to differentiate between that which an image seems to show and that which an image says. In other words its representational and its linguistic/symbolic content. Committing the fallacy of documentary would be to confuse the linguistic content of an image with what it seems to show.

In stratagems2 iconic images are combined with descriptions of logical fallacies by the German thinker Arthur Schopenhauer.

This work was first presented in Bozar/Centre for Fine Arts, Brussels in an exhibition in the context of the young Belgian art prize (in collaboration with photographer Max Pinckers)

With the support of :
The Archive of Modern Conflict, UK
Het Mondriaanfonds, NL
Kunsten en Erfgoed / Vlaamse Overheid, BE 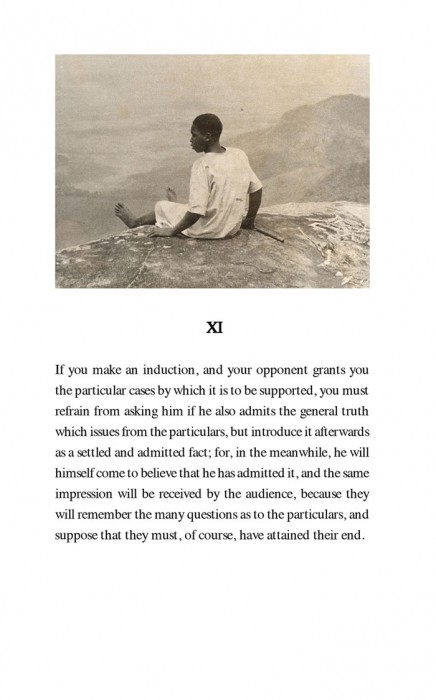 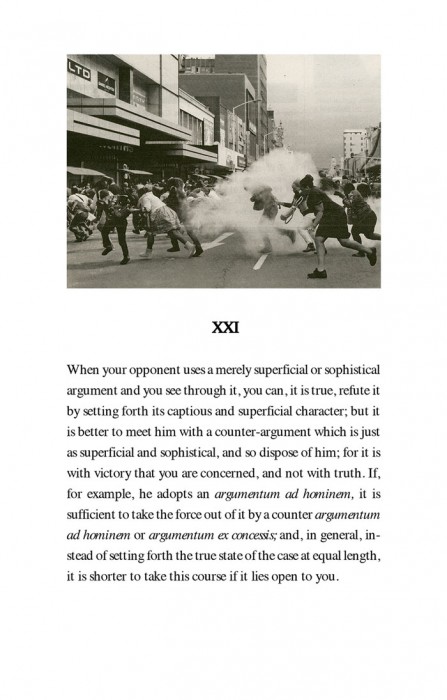 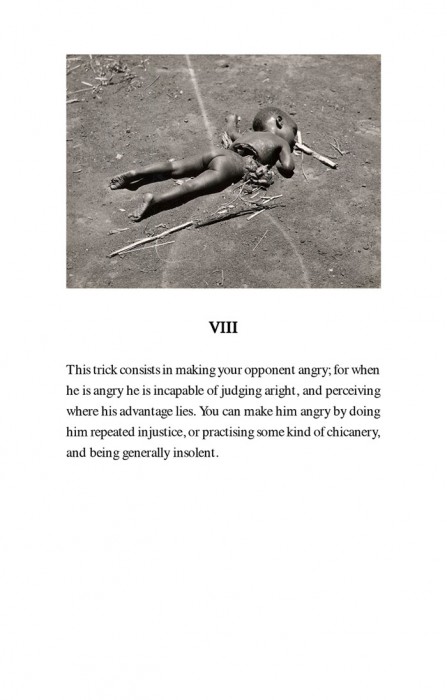 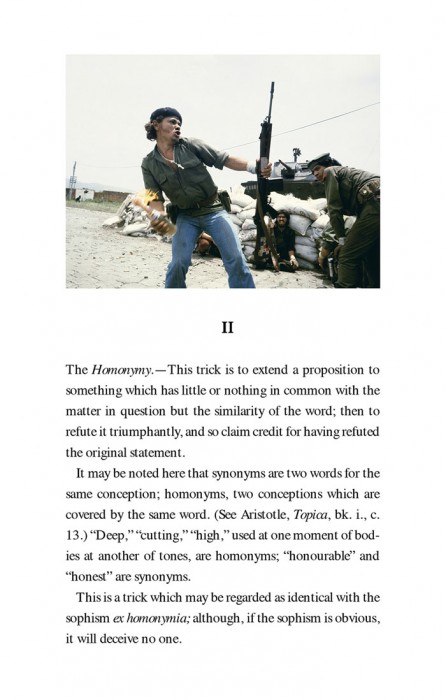 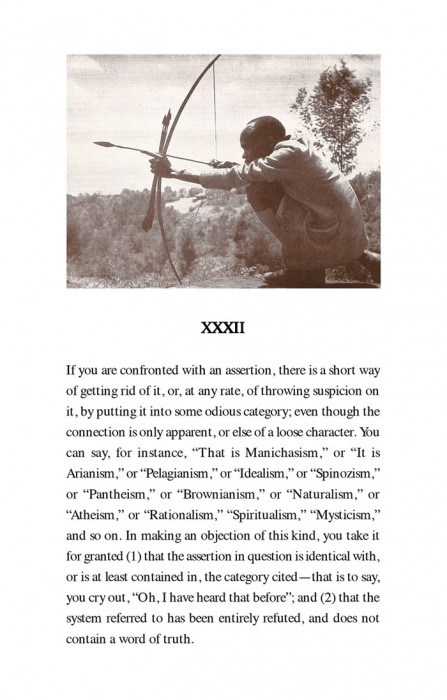 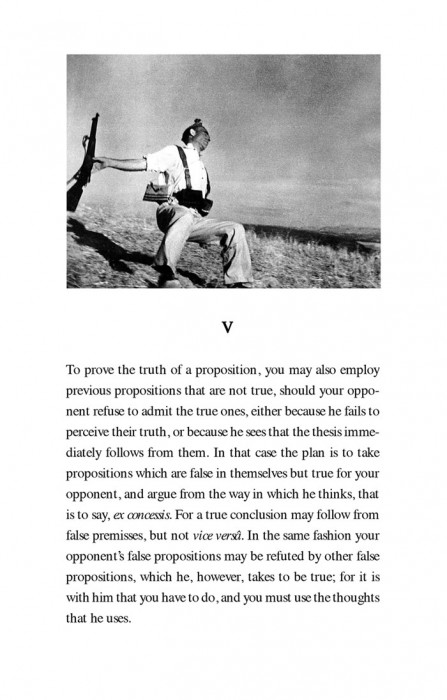 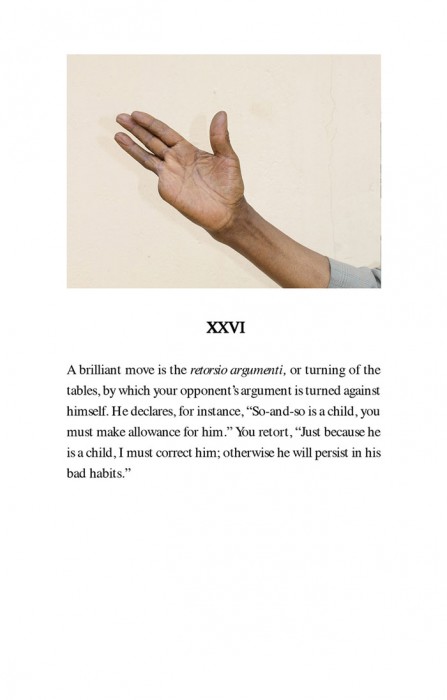 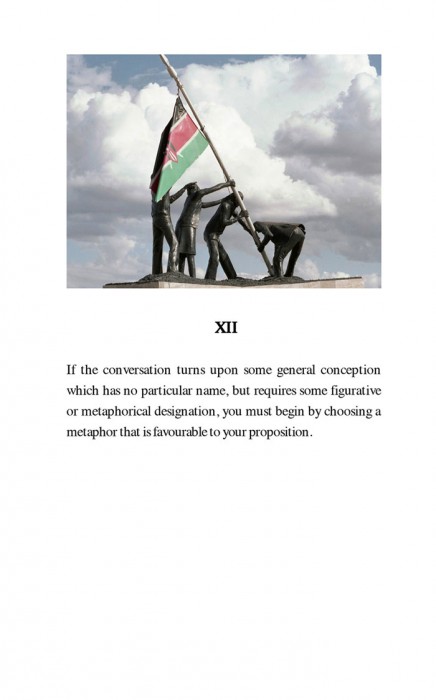